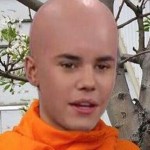 Justin What do you mean?
Test, Test Test

Frank Joseph Pontisso succumbed to cancer and passed into the arms of our Lord onTuesday, November 17 at his home surrounded by family. Frank is survived by his daughters: Debra Pontisso of Falls Church, VA, Diane (Pontisso) Gustafson and Jack of Tierra Verde, FL, and Lisa Pontisso of Johnston, IA; his brother Joseph Pontisso of Oceanside, CA; and granddaughter Christina (Pontisso) Salemi and Joseph of Vienna, VA. Frank was preceded in death by his beloved wife Bonnie and two sisters Helen and Erma.The quintessential family man, war veteran and American Patriot; words can hardly begin to properly celebrate Frank’s long and fulfilling life. Frank was born to Giacomo and Madalena (Ferin) Pontisso, Italian immigrants from the Friuli-Venezia Giulia region. The eldest of four children, Frank loved to tell stories of his youth, growing up on the southside of Des Moines. At that time, the southside community had a large Italian-American population and the Pontisso family was close with their extended family and non-family relatives in the area. Despite their regional differences and variations in dialects, this Italian immigrant community was indelibly unified through their shared culture, faith, and desire to build a better life for themselves and their families.When the Japanese bombed Pearl Harbor, America’s youth answered the call to the war effort. Frank was no different. Shortly after enlisting in the United States MarineCorps, Frank was stationed at Camp Pendleton where his company trained for an upcoming offensive campaign in the Pacific. Frank’s company (Charlie Company 1stBattalion 28th Regiment 5th Marine Division) was the first to land on Iwo Jima (Green Beach). While on the island he witnessed the iconic moment of the raising of the American Flags on Mt. Suribachi made famous by photographer Joe Rosenthal. He survived 12 days on the island until he was wounded and lost his right arm earning him the Purple Heart. However, it can be said that Frank never let his physical disability stop him from living his life to the fullest. Upon returning home from war, Frank met the love of his life, Bonnie Thornton, on ablind date set up by mutual friends. After three years of dating, they got married on August 16, 1952. As a result of this union, Frank became an integral part of a large and loving Thornton clan. Frank and Bonnie were blessed with three daughters, one granddaughter, and a devoted son-in-law. Frank was married for 54 years until Bonnie’s untimely passing July 6, 2006. They shared many wonderful times in their long marriage but three things stand out: love of family, love of travel, and going to polka dances!Frank was a small businessman in the auto parts industry for over 40 years. His store, “Frank’s Auto Supply”, used to be located on the corner Hickman and Merle Hay Road. test

Preserve the memories and special thoughts shared
by friends and loved ones with a Memory Book. We believe that the success of any business requires dedication and professionalism. In our business, in particular, it also requires a great deal of kindness, compassion and attention to detail.